Minhotos grandiose competitions and national qualities held in Sta. Maria da Feira, with the conquest of a 2nd and a 3rd place.

After a two-year break from the Covid-1 pandemic that devastated the entire planet, an edition of the National Robotics Festival took place on the 29th of April, held at Europarque located in Maria da Feira, and which contour with the participation of teams from all over the country, to participate in the most competitions in the country, competitions that include the program of this festival
The Automation and Robotics Laboratory (LAR) of the University of Minho was featured in this robotics competition at national level, having participated in the autonomous driving league with two teams: the Formula UM team and the Formula DOIS team. And the highlight of the Minho was so much that they managed to reach two places on the podium, namely 2nd and 3rd places. 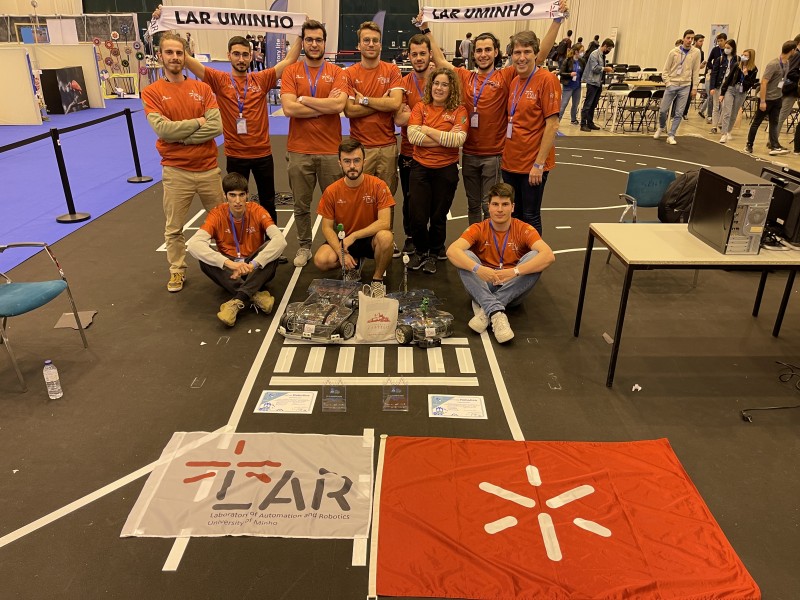