The researchers and students of the School of Engineering of the University of Minho (EEUM) have received two dozen national and international awards and accolades since September.
Estela Bicho Erlhagen is on the world list «50 Women in Robotics You Need to Know», by Robohub, André M. Carvalho on the «40 Rising Star», by the American Society for Quality, José Teixeira and António Vicente on «Highly Cited Researchers» , by the consultancy Clarivate, and there are still 30 names from that School in the top 2% of the most influential scientists in the world, for the publisher Elsevier. 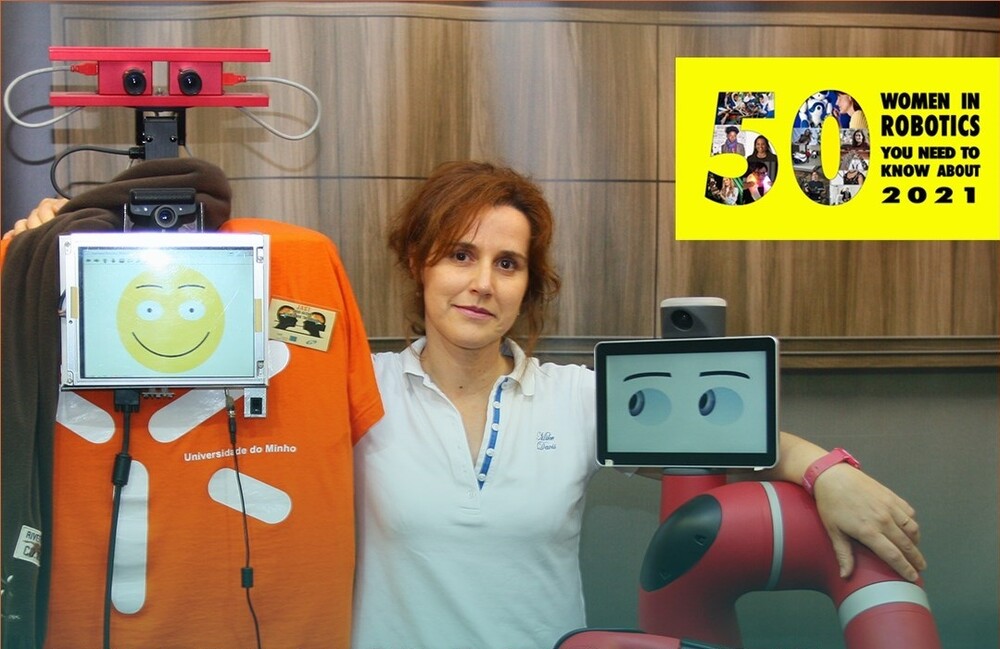 The prize for the best article in international conferences has been awarded several times by EEUM professors. This was the case with Paulo Novais from Guimarães at the 19th PAAMS (Spain), through a man-robot trading system for selling articles; with Diogo Ribeiro, Luís Miguel Matos and Paulo Cortez at the 21st ICCSA (Italy), for detecting anomalies in the tightening of industrial screws; with Luís Ferreira, Filipe Romano and Paulo Cortez at the 22nd IDEAL (England), as they predicted failures in maintenance equipment; and with Henrique Faria at the 2nd INNCYBER (Lisbon), for his thesis on cryptography.
In turn, Manuel Mota was the first to receive the Júlio Maggiolly Novais Career Award, from the Portuguese Society of Biotechnology, for his pioneering role in the area. Raul Fangueiro was awarded in the People category in the 10 years of the Fibrenamics international network. José Meireles, Hugo Puga and Vítor Carneiro won the Cruz Azevedo Prize, from the Portuguese Association for Experimental Stress Analysis, for having the article of the year in the «Experimental Mechanics» magazine, for advances in the manufacture of aluminum alloy panels for railways, aeronautics and machinery.

Students also add praise. Helena Felgueiras won the Elsa Piana Award (Italy), from the Tessile e Salute Association, for creating fibers with essential oils for antiviral masks. Ana Ramos received the José Folque Prize, from the Portuguese Geotechnical Society, for predicting the long-term dynamic behavior of railway systems. Jorge Fernandes won the Architecture, Sustainability and Innovation Award – Dissertation, from the Environmental Fund and the Ordem dos Arquitectos, for evaluating Portuguese regional architectural systems and the ecology of construction.
Catarina Cubo, on the other hand, made the Best Doctoral Presentation at the 45th Colloquium of the Portuguese Quality Association, measuring quality at the various levels of the organization, and Manuel Silva had the Best Northern Internship of the Order of Engineers and a diploma from the College of Electrotechnics. The Gulbenkian New Talents annual grants awarded the EEUM again, in the case of Gilberto Cunha (quantum technologies) and Mariana Carvalho (medical artificial intelligence). Magda Duarte, Miguel Peixoto and Gabriela Oliveira won the UMinho Prize for Initiation in Scientific Research with theses on building monographs, new physics and the spread of forest fires.

Anabela Alves, Paulo Lourenço and Helena Dias were also distinguished for their career in the 46 years of the EEUM. In addition, 28 student-athletes were awarded the UMinho Sports Merit Award, combining academic and sporting excellence, with the champions Joana Cunha and Patrícia Silva also being recognized at the 20th UMinho Sports Gala.